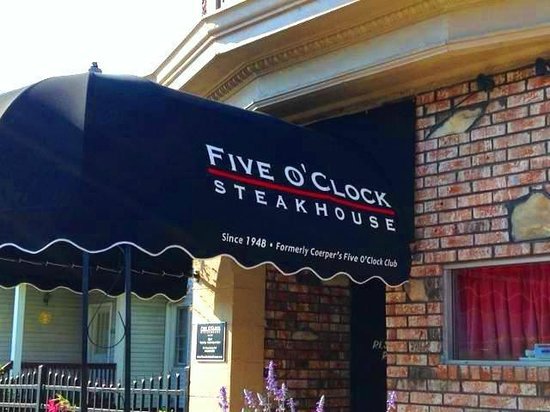 The Five O’Clock Steakhouse is one of the most favored super clubs in the Midwest region. The restaurant has been operating since the late 1940s, and has just celebrated its 70th anniversary. Supper clubs are still favored and found in the Midwest area, but since their prime have since slowly vanished as chain food restaurants have taken over. Milwaukee resident Ron Faiola has written a sequel to his original supper club book titled “Wisconsin Supper Clubs: An Old Fashioned Experience.” Ron’s unique take on supper clubs has earned him a following, and with the release of his new book titled “Wisconsin Supper Clubs: Another Round,” the Five O’Clock steakhouse is mentioned as a prime example of restaurants that make up the Midwest culture.

The Five O’Clock Steakhouse is featured in Ron’s new release, and on June 3rd, guests, fans, and locals can visit the steakhouse for the best steak they’ve ever had and see Ron for a book signing. Stick around for the festivities afterwards starting at 8 p.m., where live music will start the evening. Visit one of the most popular and long-standing supper clubs in the nation and get your book signed by author Ron Faiola.