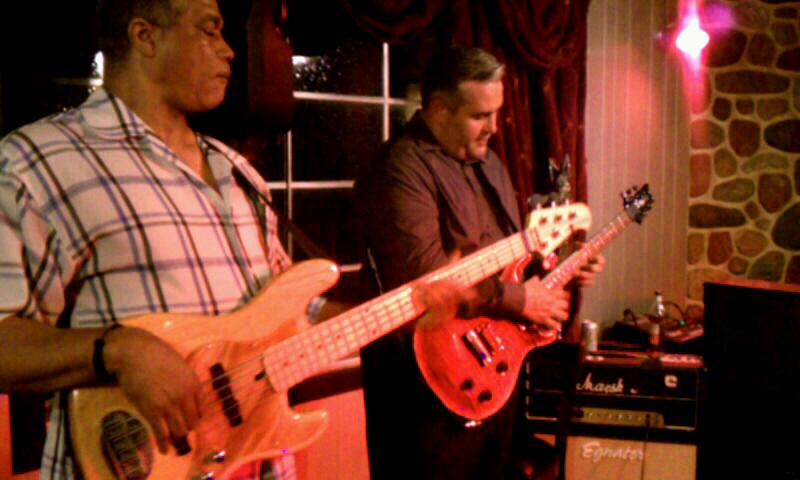 Milwaukee band releases a powerful debut disc.Sacred’s vocalist Vincent Black had some classical voice training along the way and projects emotion with ferocious, nuanced power on the band’s self-titled debut album. The other members of this new Milwaukee band also bring diverse backgrounds to the project. Drummer Gabriel Sanchez comes from The Prince Experience, bassist Eric Madunic from Tweed Funk and guitarist Stelio Kalkounos from the Chicago band Brando’s Charm.

Sacred perform a melodic yet aggressive brand of metallic rock rooted in ’90s post-grunge. Asked to mention favorite bands, Black and Kalkounos answer without hesitation: Tool, Foo Fighters, Queens of the Stone Age. But they have gone beyond mere copying.

“We came together as friends to have fun playing music,” says Kalkounos. “We tried to find some songs by other artists that we all enjoyed, but we really didn’t get into covers very much.”

What happened instead was that Black and Kalkounos discovered each other as songwriters. Kalkounos describes “Paper Cups,” the album’s opener, as originating when he heard Black strumming one chord on acoustic guitar and humming a melody. “I built the song structure around that chord—and the hook came almost instantaneously.” Sanchez and Madunic build from the foundations laid by Black and Kalkounos. Most Sacred songs are credited to all four members.

Black praises Sanchez for shaping the band’s sound to a degree unusual for most rock percussionists. “He doesn’t play drums like a drummer,” Black explains. “His parts complement the melodies.” Kalkounos adds: “He complements the melodies through his fills on the toms—he syncopates the breath within each word.”

Sacred sees its agenda as “modernizing” the ’90s rock they grew up with. For Kalkounos, this involves the recording process. Their five-song debut was recorded at Milwaukee’s Exchange Studio, where 20th-century gear is wired to 21st-century microphones under the direction of producer-engineer Kevin Arndt. “He pushed us to do better musically,” Kalkounos says. “We would’ve been OK, but he’d say, ‘You can do better.’ He was like a coach who got the best performances out of us.” Additional sonic presence comes courtesy Ted Jensen, who mastered the disc at New York’s Sterling Sound. Jensen’s résumé includes everyone from The Eagles to Metallica. “We sent him our music and he chose to work with us,” Kalkounos says.

“The outside perspective we got when making the record was amazing,” Black adds. “It involves being honest with ourselves and taking tough criticism. We want to stay teachable—open to growing and developing.”

Sacred’s Thursday, Dec. 15 album release show at 7:30 p.m. at the Turner Hall Ballroom will include performances by The Cherrypops and Bellevue Suite. The first 200 people at the door will receive a special gift from the band—it’s a secret, but rest assured, it’s pretty cool.