It Doesn’t Get any Better than Steak and Beer 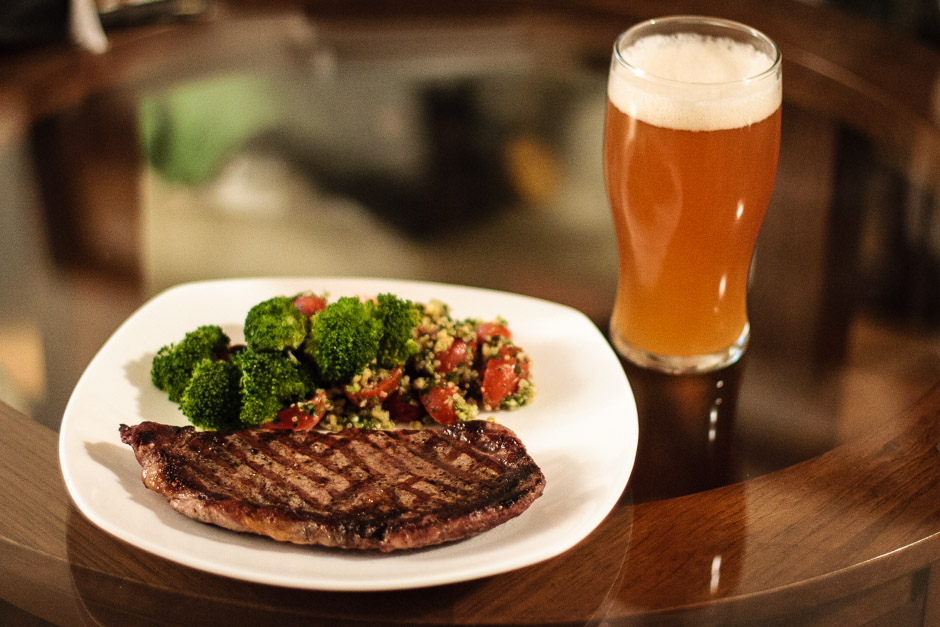 What’s better than a steak and beer after a long day? The Five O’Clock Steakhouse has just what you’re looking for. The steakhouse is known both locally and nationally for its steaks and has been featured in Ron Faiola’s new book Wisconsin Supper Clubs: Another Round, as well as the Travel Channel. The steaks are excellent cuts of meat cooked to perfection. Many have mushrooms, au jus sauce and other items that add to a perfect steak.

The beer selection to accompany your perfect steak is quite extensive. The restaurant features craft, domestic, and imported beer to choose from. There are many Lakefront Brewery choices such as the Lakefront IPS, Fixed Gear, and Honey Weiss. Or, try one of the imported beers such as the Peroni, Pilsner Urquell, or the Hacker-Pschorr Munich Gold. Ask your server which beer they would recommend with your meal for the perfect pairing. Stick with a classic domestic beer or try something new at the Five O’Clock Steakhouse.