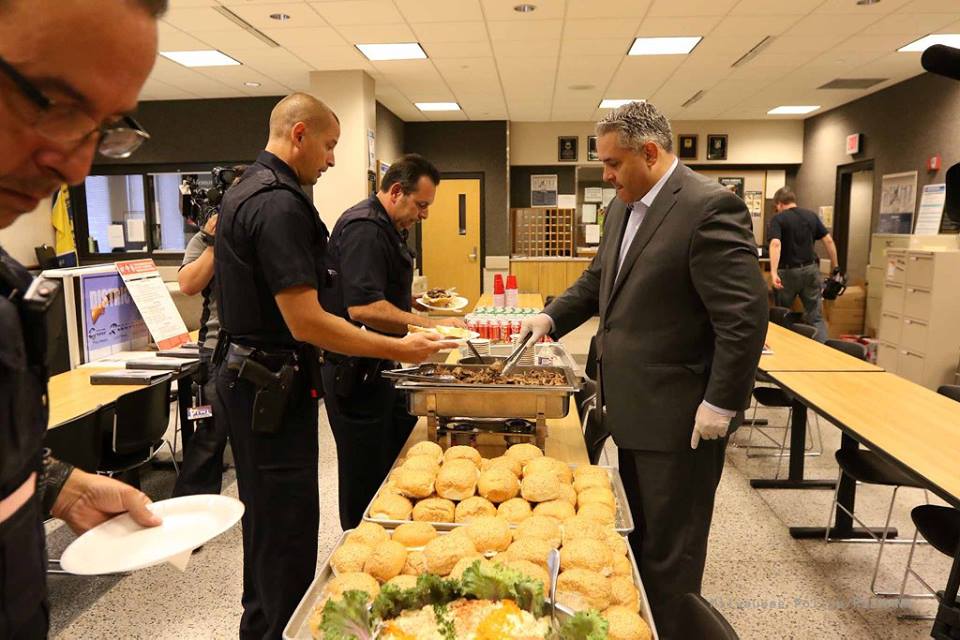 Every year a “Tell a Police Officer Thank You Day” is held, and many flock to find that man or woman in uniform to tell them thank you for their service. As the day approached, the significant others of the Milwaukee police officers decided to take matters into their own hands, to show their officers how much love and support their really was for them. Rallying the community, they had hoped to receive a few “thank yous” and maybe a few donated items, but they were instead shocked at how the community pulled through to show its appreciation to its police force.

One of the community members involved was Stelio Kalkounos who owns the popular Five O’Clock Steakhouse in Milwaukee. Stelio had heard about what the women of the officers were doing, and to show his appreciation Stelio and his staff whipped up delicious prime rib sandwiches and potato salad for the officers at District 3. Not only was the food prepared and donated, but it was personally served to the police officers and personally served it to them, showing the support the community had for its police. Tell an officer “thank you” today, and contribute the encouragement of positivity, just like the Five O’Clock Steakhouse has done.