Around the Corner with John McGivern – Avenues West 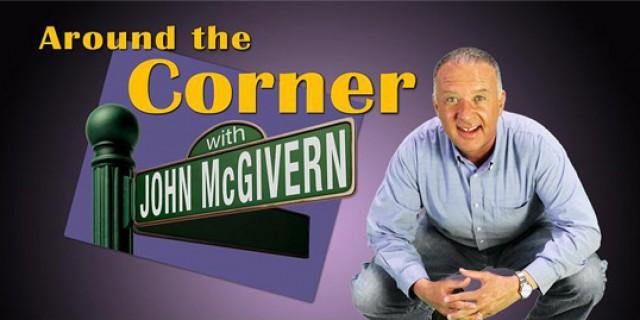 It’s that time of year when Milwaukee Public Television auctions off thousands of donated items in search of funds that will support the creation of locally produced television shows, including mine. Many of the restaurants, and artists and businesses that you’ve seen on my show have donated items that you can buy while I’m hosting. It’s “Around the Corner” night at the auction, so thanks for tuning in, thanks for realizing that it would be great to buy the full season 5 of “Around the Corner” on DVD, and many thanks for supporting Milwaukee Public Television.

Speaking of season 5, today I’m going to share one of my and my mom’s favorite 2016 neighborhoods. This is the area around Marquette University, the spine of which is Wisconsin Avenue, west of Interstate-43. We explored this Milwaukee neighborhood up to 27th Street and found that it exudes rich history while it creates new impact and opportunities. It was a real joy to share and experience this neighborhood now known as Avenues West.

We started at the anchor of this neighborhood, Marquette University. Maybe you already knew that the oldest prayer space in America, St. Joan of Arc Chapel, is on Marquette’s campus, but I didn’t. I didn’t know that this beautiful structure was built in France in the 1400s, dismantled and transported brick by brick as a gift to the University. No matter your faith, you need to find a moment to sit and experience the holy quiet this place will provide.

During my childhood, many of my quiet times were spent as I sat and stared at the statuary inside Sts. Peter and Paul Church on the eastside of Milwaukee. Imagine how impressed and lucky I felt lucky to visit Gianfranco Tassara and his son, Gino, and their crew of six artists who are all involved in designing and creating church art at Inspired Artisans. I was struck by the thought that these artists were creating statues and symbols that will one day be the memories of a now 10-year-old whose church will receive the very art that I was brushing with bronze paint.

Another place that holds one of my favorite memories is the gorgeous hall of the Irish Cultural Heritage Center. The ICHC took over this former church in 1996 and turned it into one of the most beautiful halls in which I have ever had the pleasure to perform. We had our community preview of this episode in that hall, and I hope that the 400 people who came now smile when they think of the ICHC as well. The former church was built in 1887 and was called Grand Avenue Congregational Church because it was on Grand Avenue. The name of this illustrious street with its grand homes and buildings was renamed Wisconsin Avenue in 1926.

If you want to experience the grand era yourself, one place you can do that today is at the Pabst Mansion. Captain Frederick Pabst’s home is lovingly cared for and reverently preserved. Thanks to John Eastberg, local historian and staff member of the Pabst Mansion, we experienced a one-on-one tour and were told story after story about the daily lives of the important and very private family that lived on this once very influential street.

But it’s not just old mansions that make this neighborhood Grand. A few blocks to the west of the Pabst Mansion is the Ambassador Hotel, a Milwaukee landmark built in 1928 and brought back to life in 1995 by the now owners, the Wegans. Go for dinner at the Envoy, the dining room at the Ambassador, and hope you get seated in Ike Rosenthal’s section. If that happens, you are guaranteed a great meal served by a great man who will make great conversation. After all, Ike has been a waiter for 50 years. He knows what he’s doing, and in this art deco atmosphere, you’ll be transported back to a time when service was king and swear you are Ike’s only customer.

When I told my mom that I thought of her and dad when I was at The Rave, my mom didn’t know where that was. When I told her it is the old Eagles Club, her eyes grew distant and a smile crept across her face. My mom and dad spent many a Saturday night listening and dancing to big bands inside this place. When we watched the episode together, she thanked me for bringing her back to a place that created so many of her most fond memories. Maybe images of the Eagles Club bring back memories of your own, but if you love music, you should really go and create some new ones at The Rave.

Know what I love to remember? Food. I love to eat. I’m sure after five seasons you are aware of that fact. But I want you to know that this neighborhood offered some of the best eating I’ve done in 65 episodes. At Miss Katie’s Diner, I had great short ribs, mashed potatoes and homemade pie while enjoying the humor and warmth of my host, John Volpe. The next day, I made new memories and friends at Daddy’s Soul Food & Grille on 27th Street at Wells. I couldn’t get enough of the remarkably fresh and perfectly seasoned down-home cooking and the hospitality of Benjamin and Angela Smith, so I just continue to go back. Speaking of going back, when was the last time you ate at Five O’Clock Steakhouse? I just typed Five O’Clock Steakhouse and I swear, my mouth began to water! It still looks just like it did when it was Coerper’s Five O’Clock Club. And the steaks still have some sort of secret rub and are cooked on a secret grill and served on a secret plate. As I watched the table fill with food I kept thinking, TELL ME THE SECRET ALREADY! Thanks Stelio Kalkounos for your commitment to this neighborhood, for making Milwaukee better and for providing the extra napkins I needed while I enjoyed one of the best meals I ever had.

Talking about making Milwaukee better, I would be an idiot if I didn’t applaud the efforts and the community connections made by Keith Stanley. Keith is the Executive Director of the Avenues West Neighborhood Association. He is smart, energetic and a positive force who inspires this community with a belief that Avenues West is a place with an even brighter future.

I love when we cover Milwaukee neighborhoods, and not just because the drive time is short. As we spent that week shooting Avenues West, I felt like I’d been introduced to a new friend who lives on my block. I’m now looking forward to a long friendship.